On the 23rd of August, we have the privilege of hosting Sam Childers, also known as the Machine Gun Preacher, as our guest speaker. Sam is known for establishing Angels of East Africa orphanage that houses many children rescued from the cult group LRA in Sudan. Come and hear his amazing testimony on how God has used him to save many lives. 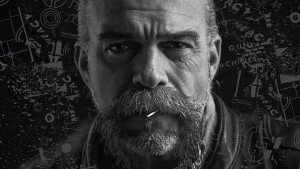 Machine Gun Preacher, Sam Childers grew up in the hills of Pennsylvania. By his early teens Sam was sliding deep into a life of violence and crime. Through his wife Lynn, Sam re-established his relationship with God and began to live a clean life.

During an assignment in Southern Sudan in 1998, Sam stumbled across the body of a child torn apart by a landmine. He fell to his knees and made a pledge to God to do whatever it took to help the people of Southern Sudan.

Later God had told him to build an orphanage in a village on the Unganda border. He returned to the U.S.A, sold his construction business and sent the money to Africa. During the construction of the orphanage, Sam slept with bible in one hand & AK47 in the other. With the orphanage finished, Sam began to lead armed missions to rescue children from the LRA. It wasn’t long before tales of his exploits spread and villagers began to call him “The Machine Gun Preacher.”

The Machine Gun Preacher is our guest speaker on the 23rd of August. Make sure you are here with your friends, you will not want to miss this for anything.

God is a generous God. We are a generous people. We give because he first gave to us.